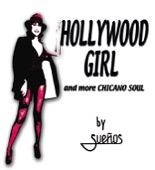 SUEÑOS band is best known for their ballads “Baby, I Love You”

"Oh, Little Girl" and “Hollywood Girl” on their vinyl catalogue.

In 2009, original members reunited to record "The Reunion"

and English. Their current 2022 release is “No One’s Fool”

The band was founded on 1979 in Sacramento, California, USA.